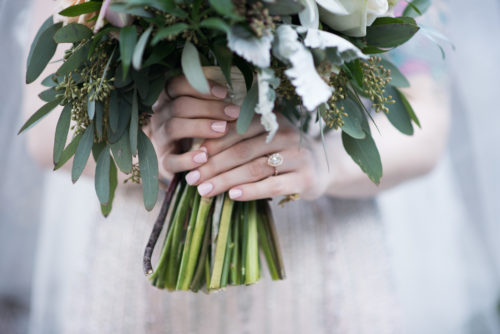 Knowledge is power. That’s what we believe at HPerry Jewelers, so we try our best to educate customers to make the best choice for their jewelry purchase. Unfortunately, there are a lot of myths floating around out there about jewelry, so today we’re going to start with the Top 5 Diamond Myths that we hear in our jewelry store.

Many people know diamond as the world’s hardest naturally-occurring material. While this is debatable in some circles, it’s still commonly understood that the only thing you can use to scratch your own diamond is, in fact, another diamond.  So why can a diamond break? First, we need to look at the terms. In gemology, “hardness” refers to resistance to scratching, not breaking. The word we use for resistance to breaking and chipping is actually “toughness.” While a diamond is very tough, it’s only considered “good” on the toughness scale, ranking it lower than some other gemstones. For example, jadeite, the toughest gemstone, is “excellent” on the toughness scale. 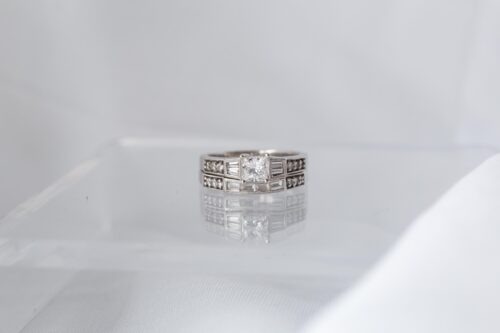 Myth #2 : Moissanite is almost as hard as diamond.

It’s commonly believed that moissanite is similar to diamond in many ways. While it is an affordable alternative, it does not compare in hardness. Why do people believe moissanite is almost as hard as diamond? On the Mohs Hardness Scale, which measures resistance to scratching, moissanite ranks at 9.25 while diamond ranks at a 10.  They seem close, right? 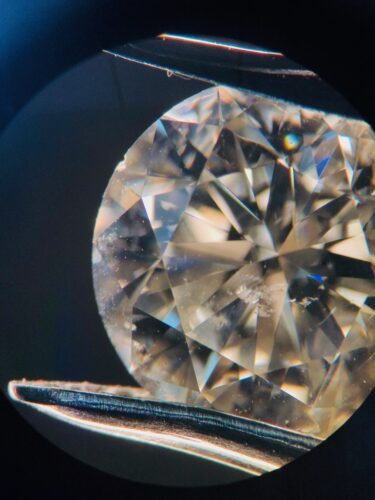 We’ll admit, this is a very subjective “myth.” However, we still consider the beauty of inclusions to be an important topic. Occasionally, customers come in to the store with one demand: “We don’t want any inclusions.” But why? The vast majority of diamonds have them, so the cost of a Flawless diamond can be 10 times the price of a beautiful diamond with a lower clarity grade. And what’s so bad about inclusions? Yes, we’ll admit, sometimes an inclusion can pose a risk to the stone depends on where it is–but as a rule, we usually won’t even show you diamonds like that unless you specifically want a lower clarity grade stone for price purposes. And if we do show you a stone like that, we will warn you many, many times before you make your purchase.

You decide if you believe it’s a beautiful diamond, not the grader. Inclusions are part of what makes your diamond unique, and can be used as identifying characteristics. Some inclusions even look like shapes — sometimes hearts or faces. Small details like this make your stone even more special. People aren’t flawless, your diamond doesn’t have to be either.

Myth #4 : If it doesn’t come from underground, it isn’t a diamond.

The Federal Trade Commission would disagree. In 2018, the FTC amended it’s definition of diamond by removing the word “natural.”

The FTC stated “The Commission no longer defines a ‘diamond’ by using the term ‘natural’ because it is no longer accurate to define diamonds as ‘natural’ when it is now possible to create products that have essentially the same optical, physical, and chemical properties as mined diamonds.”

Rewind back to Sierra Leone and Angola in the 1990’s when rebel movements were using rough diamond trade to finance conflict to undermine their governments. These tragedies sent the jewelry industry into a frenzy to find a way to ensure that diamonds crossing international borders had not been used to fund conflict and terrorism. The wars ended in 2002, and thankfully, in 2003 The Kimberley Process was established. Backed by international diamond corporation, De Beers, the Kimberley Process is a program signed by 80 countries that provides legal clout to enforce that diamonds come from a legitimate source.

I can’t emphasize enough that the conflicts that were funded illegally by diamond trading ended in 2002. It is estimated that less than .02% of diamonds in circulation actually came from conflict regions. Though we can’t know for sure, it is statistically unlikely that the average consumer will ever see a “blood diamond” or “conflict diamond” in their lifetime.

If you’re interested in reading a little bit about how the jewelry industry actually helps mining communities all over the world, check out this article on our blog: https://www.hperryjewelers.com/sharing-the-rough-collection-and-the-devon-foundation/